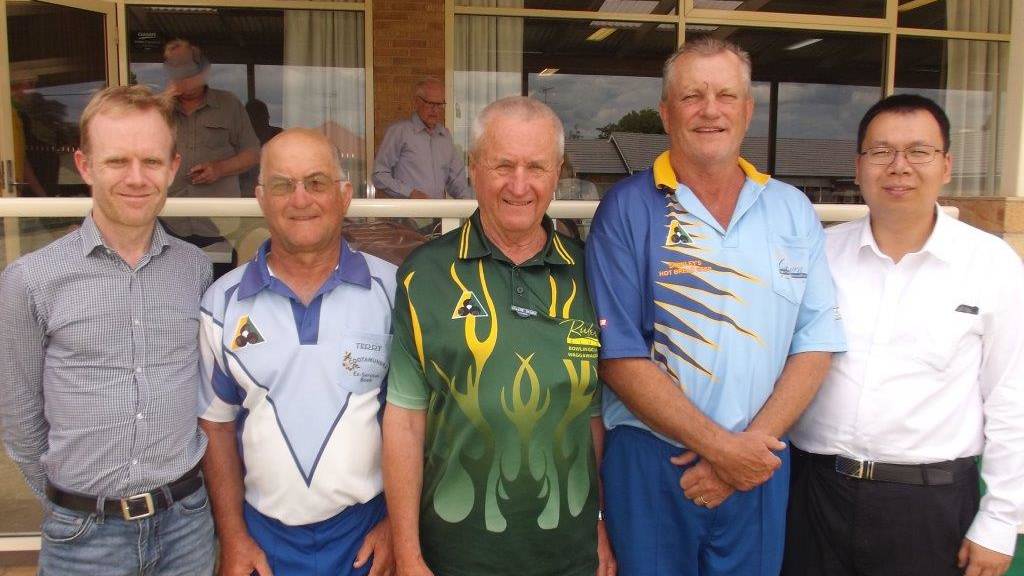 Within these teams State, Zone and District players were very evident.

The Crookwell Services Men’s Bowling Club is happy to have the Gullen Range Wind Farm come on board as our major sponsor for the first time this year. Their support helped make the Tournament a great success.

Typical Crookwell weather greeted all bowlers on Saturday. After three games on Saturday only four teams had achieved the feat of three wins.

They were teams skipped by Mal Pearson from Shellharbour, Terry McDonald’s team and Bob New’s team from Cootamundra and Henry Butler from Tomakin. Sunday’s weather was a carbon copy of Saturday’s and after a great breakfast served by the Men’s Bowling Club it was back to the greens.

Bob New lost his first game on Sunday morning leaving only three teams with perfect scores.  After leading the pack into the last game Mal Pearson could only manage a draw and Henry Butler was soundly defeated.

This left Terry McDonald from Cootamundra the winner with five wins plus 54.

The five game winners with the biggest margins outside of the placegetters who still received prize money were Mike Gray (Goulburn), Glen Elliott (Taralga), Ross Pfeiffer (Temora), Robbie Coulstock (Goulburn) and the local team of Barney and Squids Dunn and Mick Webster.

After the bowls on Saturday the very popular and hard fought driving competition was held. Six spectacular rounds later only two bowlers remained and in a sudden death shootout with Brett Neville (Queanbeyan) defeating Joe Gray (Goulburn) to take the prize money on offer.

All bowlers commented on the quality of the hospitality and greens over the weekend. Thank you to all that helped in any way over the two days and prior.

The Crookwell Services Men’s Bowling Club acknowledges the support of local business houses that sponsor this tournament. With over one hundred visitors for the weekend and some of them staying for three nights it is a great boost to the town’s economy.

The business houses that came on board for this tournament where   Crookwell Shearing Contractors (Steve Boothman), Peter and Lois Banfield, Haynes Shearing, Wiley Reeves, Crookwell Tyre Service and the Crookwell Services Club. These companies and individuals have been long supporters of this tournament. Without this support the Classic Triples would not attract the quality of bowler’s and diverse range of areas that come to Crookwell for our annual tournament. 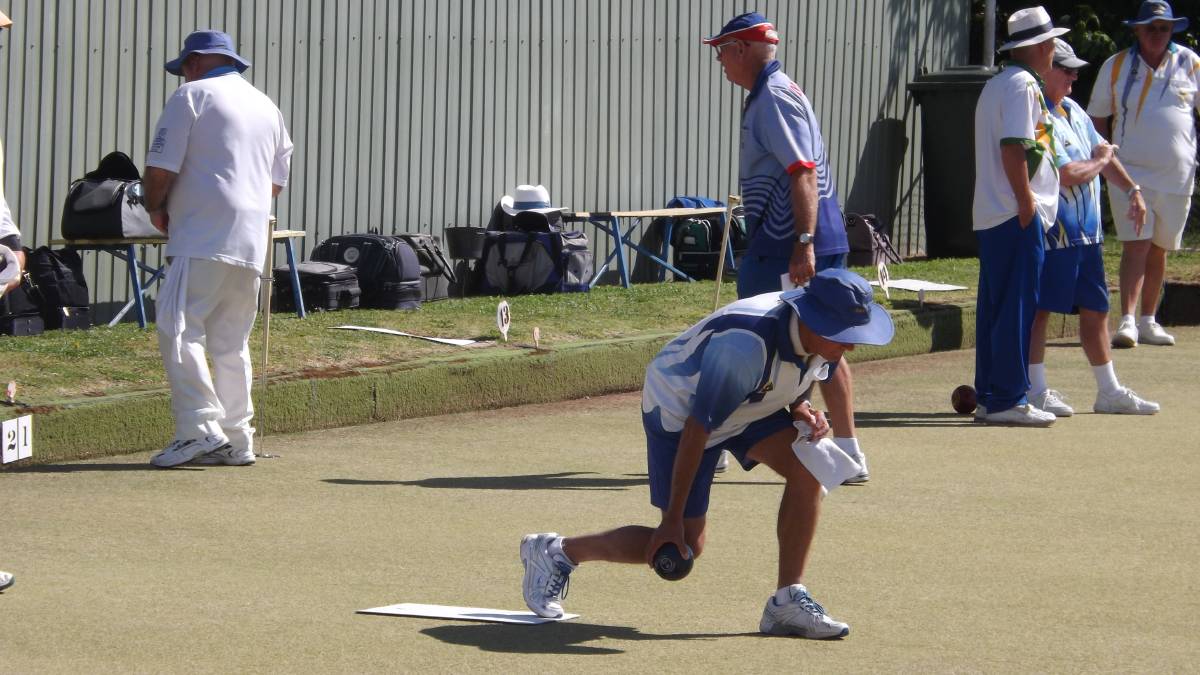